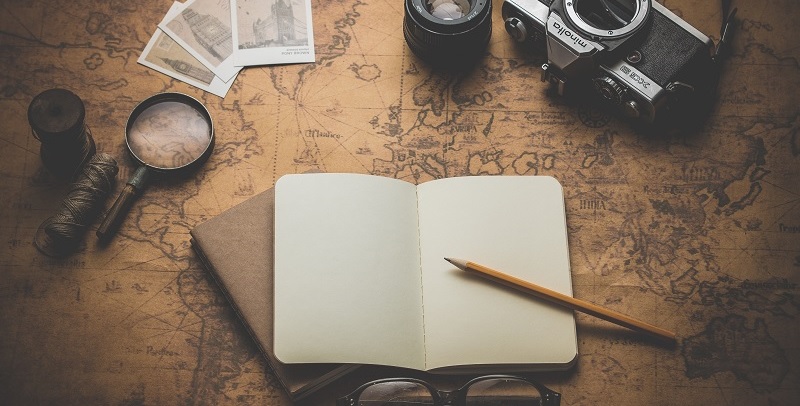 In this article I want to present different approaches to story narrative through multiple "maps" structured in building blocks. Which one would suit most your screenwriting method: 11, 15, or maybe 22?

Back when I was still a cinema student in Paris, when I began to write (or attempted to write), all I was obsessed about was breaking the code of how stories work. I started to read one book, then two, three... After I studied screenwriting, I read about 30 books. And I made a little "how-to" from all that knowledge. 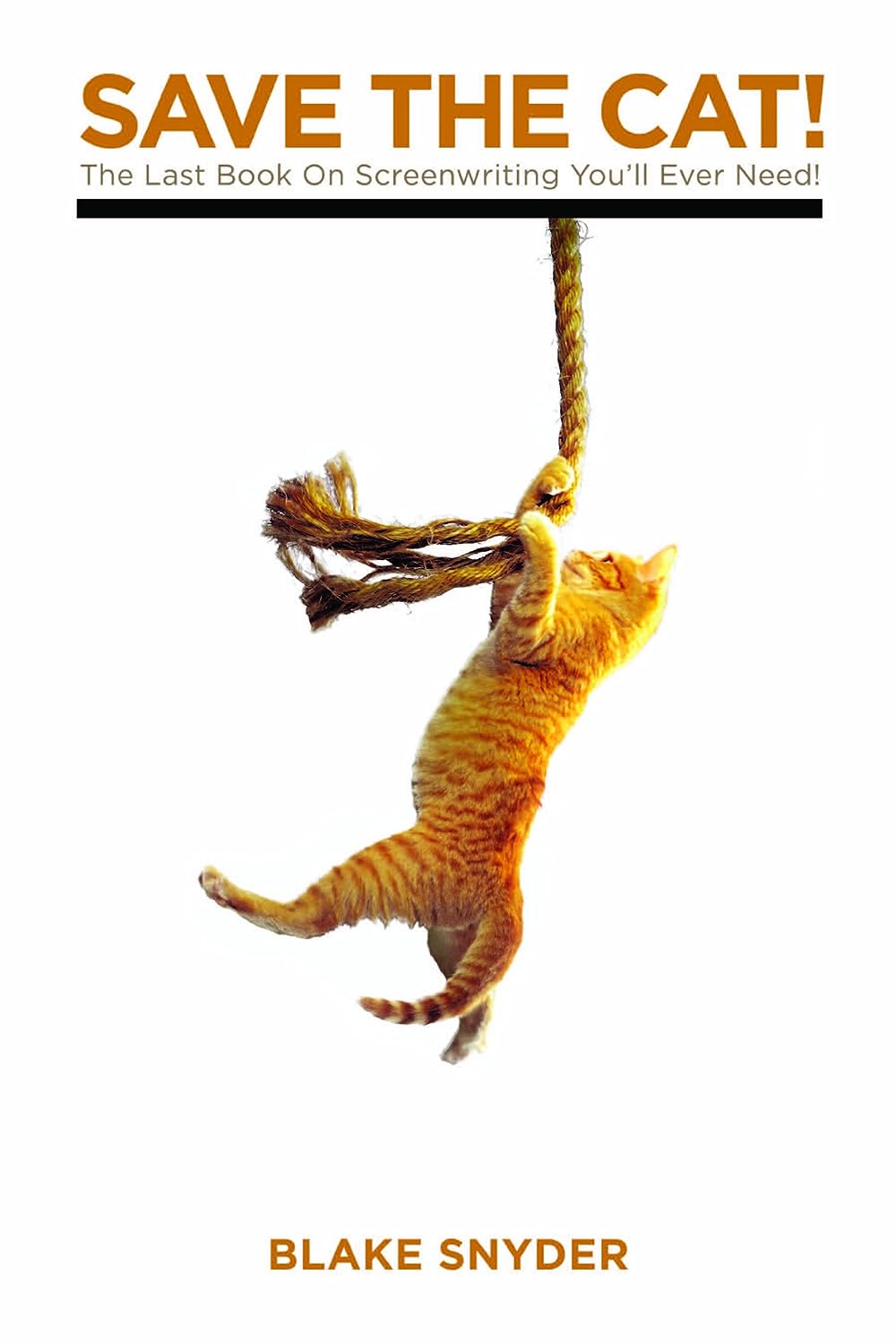 In Save The Cat!, Blake Snyder develops a 15-beats story structure. I believe it is a good one to start with because it really highlights the key moments of any story:

1. Opening Image
2. Theme Stated
3. Set-Up: presentation or characters, world, problems...
4. Catalyst: the protagonist is forced into action
5. Debate: your protagonist isn't happy, but finds excuses.
6. Break into Act Two: into the adventure (usually without much choice)
7. B Story that highlights the movie theme.
8. Fun and Games: this might be why the audience came to see your film.
9. Turning point: the middle of your film. Usually, a positive scene is followed by a very sad or choking one (and vice versa.)
10. Bad Guys Close In
11. All Is Lost: typically when all characters break apart
12. Dark Night of the Soul: Your protagonist has a major moment of doubt. This is a no-return point that separates tragedy from drama.
13. Break into Act Three: A solution to the protagonist’s problems has been found!
14. Finale: Your character defeats the bad guys
15. Final Image: the opposite of your opening image

You could think: that's it! I have my map. And in truth, it is pretty complete.

Nevertheless, a few points can be debated:
The first 3 points could be put together, as the first 2 are more ideas rather than actual actions (from a beginner's perspective) and thus can be confusing. Fun and Games don't say much either, and you will soon see that the Finale is more than "just" the hero V the bad guy.

If you read Save The Cat! you will find way more information on Blake Snyder's 15 beats, but my goal here is to get THE MAP, clear and complete.

Arguably better than Black Snider's beats, Daniel Calvisi’s 11 steps are found in his book Story Maps. His approach is quick, direct, and without time waste.

1. Opening: Theme, protagonist(s), problems.
2. Inciting Incident
3. Strong movement forward: The protagonist truly takes their "first step" on their “core journey,” whether voluntary or not.
4. End of act one event/turn: The story is propelled into Act Two in a new direction and very often a change in location.
5. First trial/first casualty: The “40-Minute Trial.” The first major obstacle on the protagonist's new journey. Can be a fight.
6. Midpoint (50-55): A DISASTER occurring DEAD CENTER in your story that RAISES THE STAKES, threatens the goal and PUSHES THE ACTION TO THE CLIMAX with new Story Engine(s).
6a. One-hour war/triumph on page 60: That's usually the bad guy's first true success.
7. Declaration of war/assumption of power: The protagonist realizes their true power.
8. End of act two event/turn: A shocking event turns the story in a new direction. The hero HITS BOTTOM. Plotlines CONVERGE to focus the story and force the protagonist to make a NEW DECISION to "risk all" to achieve his/her goal.
9. True point of no return
10. Climax: The FINAL DIRECT CONFRONTATION that results in a NEW RESTORATION OF ORDER.
11. Epilogue (optional): Shows the new order (without explaining it) and the final resolution

As you can see the global structure stays close to the previous one: a world with problems, a protagonist forced into a journey, some adventure, the midpoint, the bad guys getting dangerous, the protagonist in need of help or getting ready, the no-return point, and the finale.

What is very interesting in Daniel Calvisi's book is the notion of turning-point: a step, or beat, is not just an action. What matter is the protagonist's decision.

Often, at the beginning of a story, the hero refuses to act and is forced into a new journey (think Star Wars, Avatar... most stories). But as the story moves forward and the hero gains strength, actions lead to decisions that lead to new actions. A great example of that is the movie Fun With Dick and Jane (Ted Kotcheff, 1977.)

Let's look at one more map.

In Anatomy of Story: 22 Steps to Becoming a Master Storyteller, John Truby develops a whole method to organically write stories. What interests me about this article is that John Truby focuses on more than the story: his method focuses on the moral evolution of the hero.

1. About the hero:
a. Self-revelation – doesn’t believe in himself
b. Psychological need – Realise his potential
c. Moral need – stop feeling sorry for himself and get in the game
d. Desire – get out of his boring life

2. Ghost World and Story world:
a. Ghost World– “He’s not a farmer, there’s too much of his father in him”
b. Story World – Barren world devoid of excitement.

3. Weakness and need
a. Weakness – feels trapped, stifled, helpless
b. Psychological need – realize his potential
c. Moral need – stop feeling sorry and get in the game
d. Problem – stuck on a farm working for his Uncle

4. Inciting incident: Discovery of the hidden hologram in one of the droids he just bought

5. Desire: To get out of his boring life “If there’s a bright centre in the Universe then this is the place it’s farthest from”

6. Ally or Allies: Obi-Wan, the droids

7. Opponent and or mystery: Darth Vader – He keeps him on the run by hunting after his droids, he kills his mentor and attempts to blast him before he can destroy the death star.

8. Fake Ally opponent: Han Solo – originally he’s just in it for the money and himself but by the end joins Luke and helps him succeed.

9. First revelation and decision:
a. Revelation – The stormtroopers have killed his Aunt and Uncle
b. Decision – Join Obi-Wan on his mission.
c. Changed desire – learn how to become a Jedi
d. Changed motive – “There’s nothing for me here now”

10. Midpoint and Plan: save Leïla

12. Drive (like fun and game), a series of "yes, but, then" in which the hero doesn't have to surpass himself much.

13. Attack by an ally (about moral choice): Han tells Luke not to rescue the Princess – They’ll kill her if they don’t act

14. Apparent defeat/victory: Obi-Wan is killed (or in the next movie "I am your father")

15. Second revelation and decision: obsessive Drive, Changed desire and motive
a. Revelation – There is a chance to destroy the death with an almost impossible shot
b. Decision – Take part in the assault on the Death Sta
. Changed desire – destroy the Death Star
d. Obsessive drive – Han tempts him with the life of an adventurer but he recommits himself to the missio
. Changed motive – He must join the Rebellion and save it

16. Audience revelation (plot twist): There is a tracking device on board the Falcon and the Death Star is coming to destroy the Rebel base and is 5mn away from destroying them.

17. Decision: Unchanged, he still wants to destroy the Death Star but the situation is now urgent (proof he is a hero)

18. Gate, Gauntlet, All is lost: Vader chases Luke down the trench, killing his friend and disabling R-2. Luke is almost killed twice during the assault on the Death Star. All seems lost, unless...

21. Moral decision: Luke uses The Force to make the shot

22. New equilibrium: Luke is a hero and the Force is with him. Happy ending!

As you can see, not only does John Truby develop the Hero's moral and psychological evolution, but he also focuses on turning points, like Daniel Calvisi.

It is a much more complex approach and Anatomy Of A Story is a very dense book but I would advise you to read it too.

Last but not least, I want to remind you that all these beats and steps are worth nothing if you don't manage to make your characters proactive.

Even the more insignificant beats are interesting if your characters are leading the audience, and keeping it excited for what's coming next.