HOME > BLOG > Movies > You only need to create first 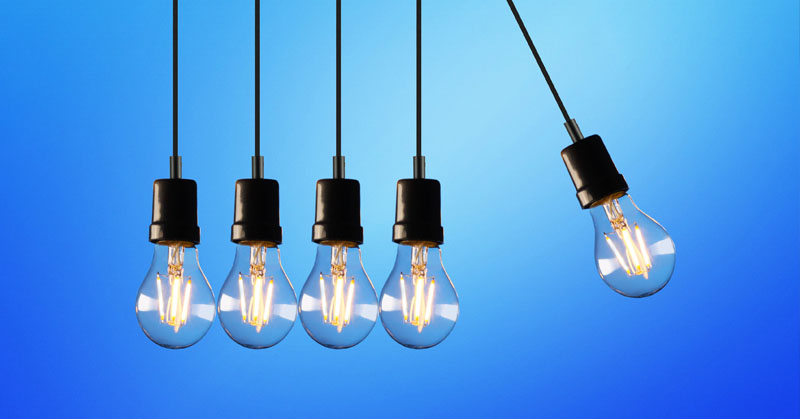 You can spend days watching videos showing you techniques and tips, how-to, best gears to get, etc. But unless you start creating first, it's only going to slow you down.

Although this article appears in the Movies section, it totally applies to Photography too.

I remember having had quite a laugh when film director Xavier Dolan said, during a Masterclass I attended, that during his life he watched maybe 50 movies max. I thought: come on dude, cut the crap.

Maybe it was crap indeed, but the principle was the right. Took me long enough to understand it though... It took me years, simply because I was watching instead of creating.

Of course, watching films isn't bad. But while I was spending months seeking for the best films, others were actually making films. And guess what? All those films I watched, it didn't stop me from doing the same mistakes every new filmmaker does: no 180 rules, terrible sound, bad edit, and of course lack of story.

I was even worse than green: because I had seen so many great plots and twists, I was overcomplicating when I should have learned to simplify.

You will never be ready

Eventually, I started making "correct" films. The basics were learned and I was doing... one film per year, maybe?

"Why so little?" you may ask. That's exactly what my friends were asking. "Marc, why don't you do a film like this, or that?" My answers were always the same: "that's not what I want to do", "I don't have the equipment", "It is not that simple", "You don't make a movie with a snap of the finger", etc.

Well, in between YouTube arrived and with it the tons of Peter McKinnon and other experts in film and photography. And those guys are great, don't get me wrong. They are actually so great that you feel like you'd never be as good. That is, when there's no creation.

Those guys, they work constantly and they spend hours making films or photography. Then they often reach a point where they acquire tons of equipment which naturally they expose everywhere, and you feel even more like an amateur...

The only difference between an amateur and a professional is that the professional does what he does for a living. It has nothing to do with equipment, or even with knowledge. Some people may only possess a camera and have no background in film, they could get a job as a film director, while you keep watching films and videos seated in a chair.

So, when to watch their videos? Well, when you need their advice, hence after creating, after making mistakes and realising that the expected shot isn't as easy to do as imagined. It takes A LOT of practice before being able to imagine a shot and actually make it happen. A LOT, like, YEARS.

The learning curves explain why it is so hard to picture a shot or a photo and actually make it happen. The principle is easy: mastering a new technique takes time, but in two different ways. 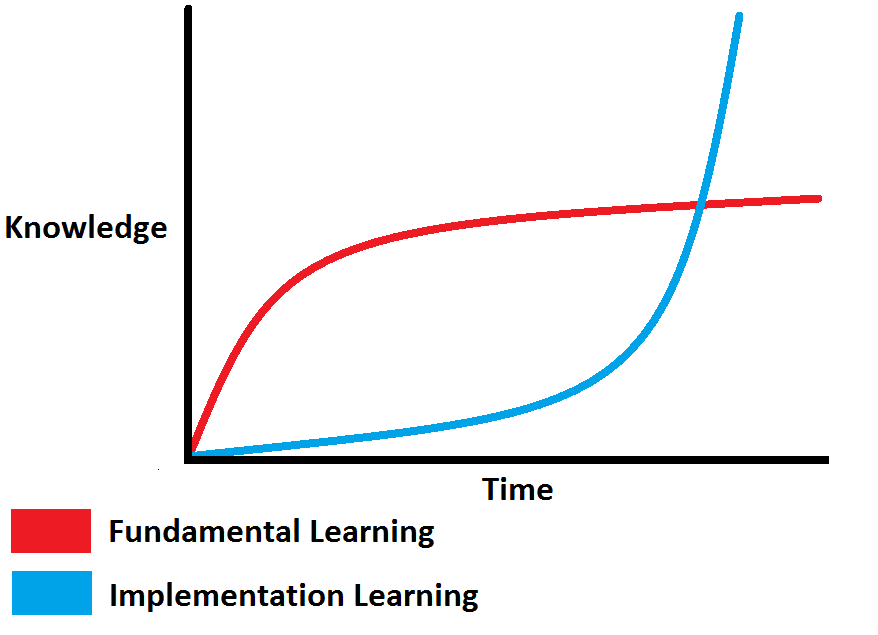 In practice, implementation learning (the actual learning) grows slowly until it suddenly happens. On the contrary our knowledge, or mental learning, increases very fast. After a short period of time our brain has been fed with many inspirational work which it recognises in the blink of an eye.

In between the two curves is the black hole. Total frustration. We know what we want but can't manage to do it properly, and we enrage! But the truth is that being in the black hole is a good sign: it means we're learning.

But once again, it means that only actual creation makes you learn...
And that keeping watching films, or others making films, without creating, will only keep you in the black hole...