HOME > BLOG > Movies > Why 'The Shape of Water' is OVERRATED 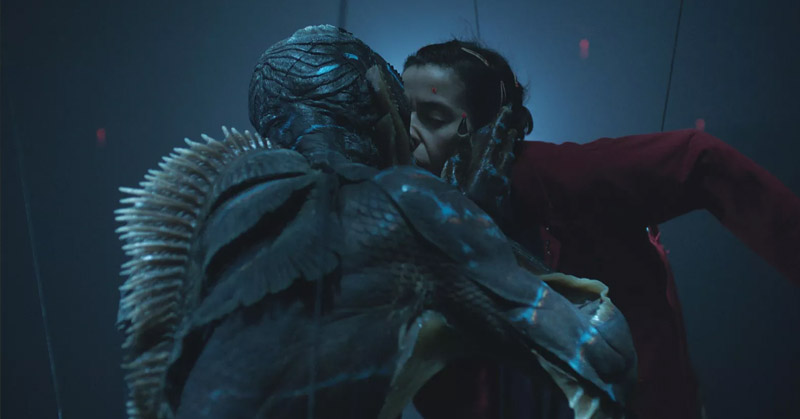 Criticizing art isn't always a small issue. Each of us has an opinion and we have to respect it. Guillermo del Toro's film won 4 Oscars, 2 Golden Globes, 2 Baftas... Should we then blindly think it has to be a great movie? Well, it's not, and for simple reasons.

Still, I can guess why the movie was such a huge success. See, there are two types of reactions...

I remember, back in college, often having arguments with an acquaintance regarding our opinions on films. According to her, love stories and such emotional tools were crap. I on the contrary thought emotions were good things, if they were used for a greater good, such a telling an amazing story and make a great film out of it. Blade Runner (1989) is one among many examples. Leaving Las Vegas (1995) is another great one.

The reason she was so much against emotions was because they cannot be trusted, as they affect one's judgement. Love, hate, fear, they make people go blind. People start crying, getting angry - basically, they react.

Most of the times we enjoy a film because it hits us with the right emotions, making our opinion based on what we felt. Hence the fact that everyone's opinion is different. Right?

This simple differentiation is the key for proper judgment. If emotions can put us on the wrong route, facts, on the contrary, shall help us get the right opinion about a subject. The only difference with emotions is that fact need knowledge to be used properly. That's probably why not everyone is a critic. Wait... Anyway.

The Shape of Water is not a good film, and it is not because it doesn't convey the right emotions. On the contrary, it does it so well that it's won all those awards. Nevertheless, the film is full of elements which make it a rather bad film.

And it is fine. All the people who loved The Shape of Water are in their right. One can still like a movie, even if they know it is a bad one. I enjoyed watching Ryan Gosling's Lost River and I very much like the ending. But the writing isn't very good, and the cinematography is more contemplative than narrative...

What you see and what you watch

The Shape of Water places some elements in its story; elements which are here specifically to make us react emotionally and forget logic.

It is a common writing trick about which I detail in another article, and which can be either used to focus on the story, or to forget the story... depending on the strength of the story, and the intentions of the writer or director. The Shape of Water uses the latter one, making the whole story objectively boring and lacking sense, as soon as you put away the emotions it conveys. 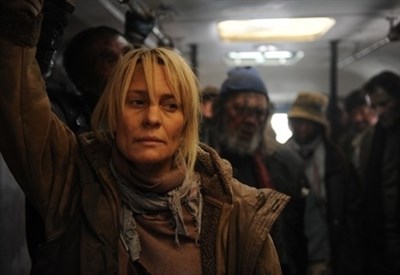 Photo: Drafthouse Films. The Congress (2013). When the illusion fades and reality is visible at last.

The Shape of Water is a bad movie because: 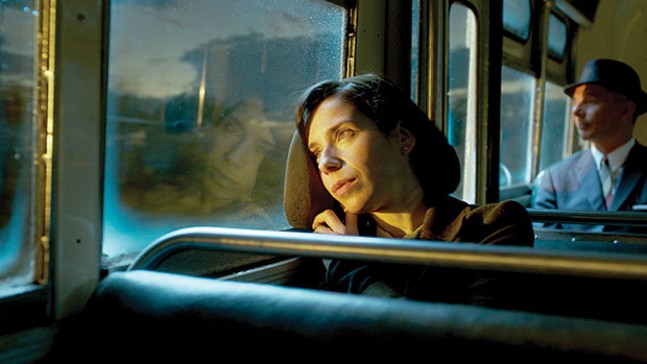 THE BAD GUY
Colonel Richard Strickland. The name only speaks by itself. Archetypal, he is as flat as the main character. He is just bad, but we don't know why? We don't know what are the motives which justify his badness.

THE SECONDARY CHARACTERS
Racial segregation, racism, sexism and homophobia are issues faced by the film' secondary characters Giles and Zelda. It creates a lot of emotions, and overcome the main character's lack of flaws. Their sufferings basically give them more texture, when it should support the main character' sufferings.

THE STORY
This whole story of a monster found in South America, brought back to America to be studied and help with the war against Russia... Behind that plot stands the arbitrary desire to use references to the old American monster movies and the musicals. However, while La La Land makes a clever criticism of our times with the use of these references, The Shape of Water simply makes a mirror of the main character's inner self, out of these references: she's from another world, she's a monster too...

THE END
If we put aside the huge deus ex machina when the monster suddenly heals himself from the gunshot (without any prior clues regarding this ability), the ending of the film is disappointing: Elisa is going to spend the rest of her life along with the monster, in the ocean, leaving her friends and life behind.

What did she accomplish? How did she evolve? Did she even change? She did not get smarter, or stronger, or clever. She didn't overcome any specific problem. Only she had scars on her neck which are now gills and allow her to live underwater, and she found a sexual partner who doesn't speak either. Sounds like they're going to have a lot of fun...

What is the moral? When one is different should they live with their kind and forget about the hard world? Well, shouldn't it be the contrary? Fight for their rights?

The reasons for success

I guess there are too many emotions going on at the end of the film for anyone to bother about it being lame. And there's been too many 'right moments' to remember all the bad elements I pointed out. Nevertheless, it is not because The Shape of Water is politically correct, defends important issues, and flirts with positivism, that it is a good film.

The same way, a film may not be politically correct and still be great.