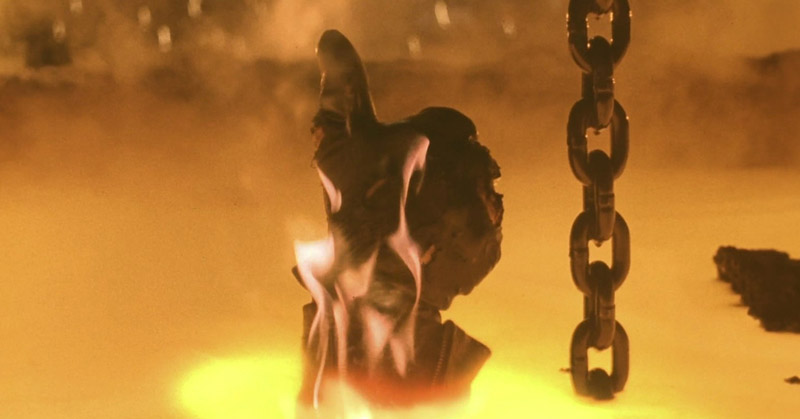 Although cinema has the never-ending capacity to surprise, satisfaction often comes from what happens in the climax being necessary and just. So, what if a character we know to be evil, was asking us to believe they have changed? We need proof...

Late last year I received a text from a friend who had just finished watching a movie (which shall remain nameless for spoilers' sake) which read:

Why do stories that have an evil character who eventually turns good, always kill off the character that’s turned good just as they help save the day? Why can’t they continue as flawed but courageous? Hope that makes sense?

It made enough sense for a text message, and the question was clear enough, one that has been asked since stories have been told.

My response… of course it began with a prefix of exoneration... Wellllll, it depends on the movie.

What about beyond the screen? What if your goal is for the audience to be wiping away tears of unfairness when the lights come up? They are going to remember your movie that is for sure, they might even comment online on how they would love to see you secure funding to make something else. (I digress).

Or could it be as simple as “The End”?

The end is death

If acts of evil are so consequential it would be impossible for the characters to return to the real or new world, then where else are they to go? Where are they to go where they will not yield to the temptation of evil, or greed, or obsession EVER again.

The mighty and benevolent Godzilla saves Earth from a greater threat, but he cannot be left to just stomp around, or live in a cage, there is nowhere else for him to go.

Ignoring the change of character and reprogramming, by the end of Terminator 2, where is the T-800 supposed to go, what else could it do? It is the end. It is death.

But... Wellllll it depends on the movie.

Those that do not make the ultimate sacrifice can become anti-heroes.

Do we have synthesis at the end of Oldboy? Alive or dead, whichever way around, the hero has lost, and the villain has won.

The atonement for past wrongs was not great enough, and the realisation came too late. And so, the audience leaves, but the character must remain trapped on a screen waiting to die, so synthesis can be achieved, so redemption is complete.

For an audience to acknowledge synthesis, redemption must thus be visual, immediate, and irreversible.

With synthesis denied we are left wondering what might have been and can assume the same goes for our character. Their search for redemption, interminable.

Going back to its inception, mainstream cinema (Hollywood) espoused a Christian morality. Capital punishment is just, and nothing less than death is required for true redemption.

These morals still permeate today, giving audiences the “happy ending” which oddly involves someone dying. As such, there have always been filmmakers, mainstream or independent asking, does redemption really require death?
And perhaps, more poignantly, wouldn't life be the real punishment?